From Galicia to Aargau — Epilogue 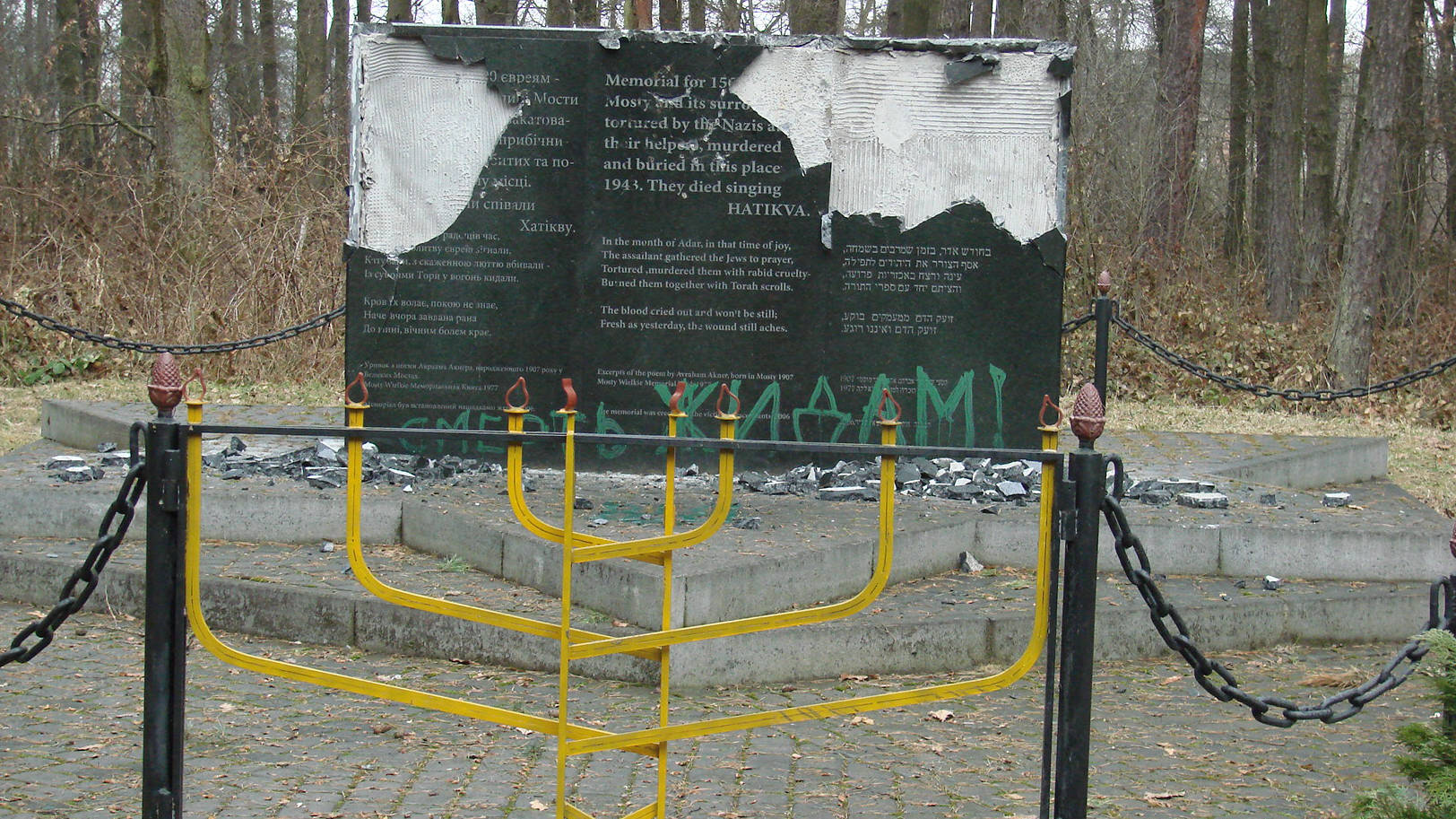 Shortly after the film "From Galicia to Aargau was finished, Jerzy donated a memorial to remember the Jewish people of Mosty Wielkie who under Nazi rule have been murdered or sent to extermination camps. The memorial site was placed in the forest where people were killed. The Epilogue shows the opening ceremony for the memorial, representatives of the cities's governement and of the churches took part as well as inhabitants. Soon after, in December 2007, Jerzy died. 2011 the memorial was destroyed; it is not known who done it and the Epiloge also documents how the people of Mosty deal with the matter.